Bianca and Toti's love story is one of the sweetest I've ever heard.
His proposal, well planned and staged like a grand production number.
But most sincere, nonetheless.

Bianca was Toti's elusive princess back in college.
Much like Scarlet O'Hara to her Rhett Butler.
Bianca, a Gone With the Wind fan, wanted nothing less than to feel and look like the movie's vixen. With her being a true romantic but definitely not a push-over, I couldn't agree more. 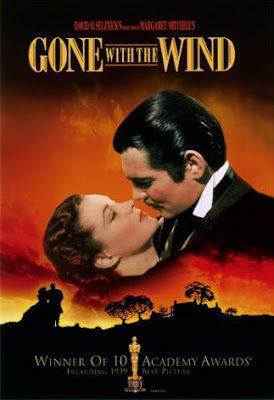 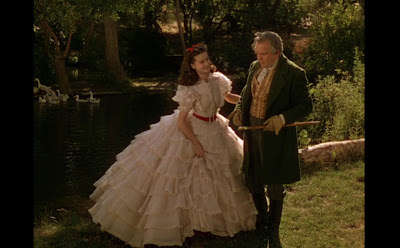 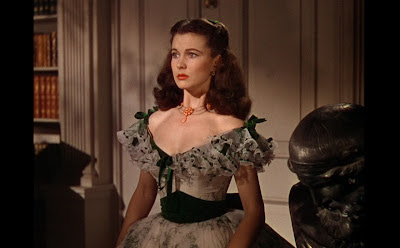 I actually got excited when she told me that's what she wanted. I love Scarlet O'Hara and I'd love to make that gown. Finally, I've met someone who is not afraid to admit that she wants to look like a Princess on her wedding day. Because I guess she is one, for Toti :-). I knew she can pull it off without looking cheesy.

And flawlessly, she did.

here she was at her wedding 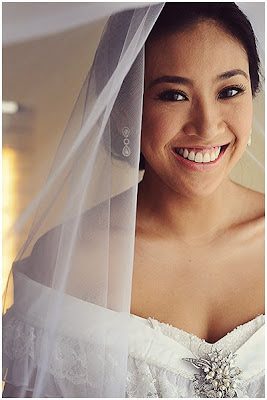 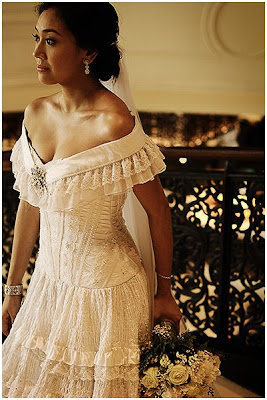 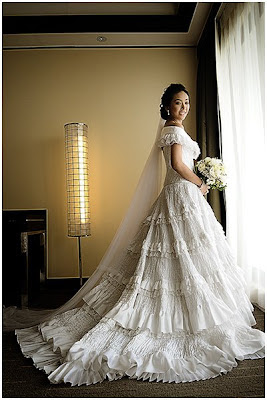 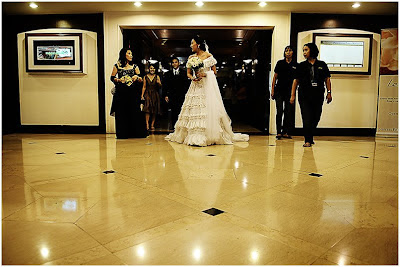 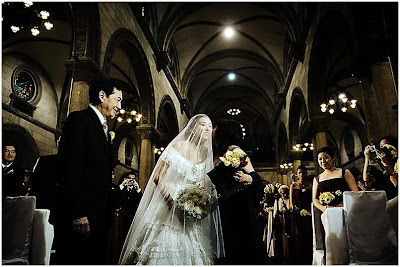 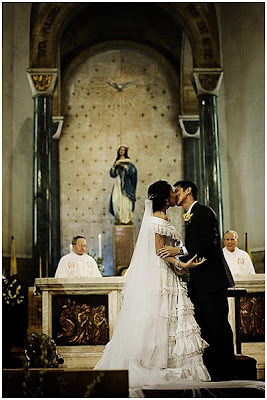 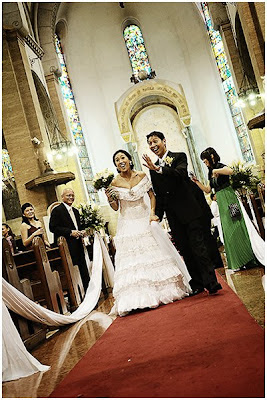 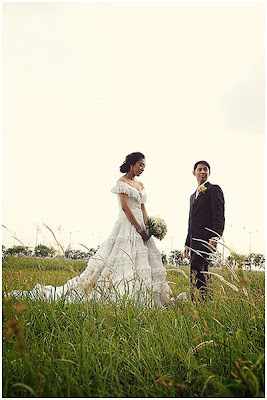 During the wedding, I was actually waiting for Toti to deliver the immortal line - "Frankly my dear, I don't give a damn. " But he said "I do" And that is so much better :-) My sincerest congratulations to Bianca and Toti for the happy ending.

Veluz!!! The gown is the best talaga! People have been complimenting it since the day of the wedding. I was partly concerned people might think exag ako for choosing such an elaborate gown. BUT NO!!! They all said it was beautiful and romantic! During the reception, my friends made me sit on the floor and they stretched out the skirt to showcase its lovely detail then they all sat around me like i was a big tea cup! Ang ganda! Will share it with you when I find the time. We are in Bali now but just couldn't wait to view your blog! THANK YOU! THANK YOU to you and Niko! Even the ento gowns were stunning!!! Thank you for coming to my big day and for this touching blog. It means so much. I will miss you guys!!!

Naku Bianca, we will miss you too! Enjoy your honeymoon and promise mo, you will send me that "tea cup" picture ha.

Veluz! I couldn't sleep. Wrote a little something for you in our blog.

I AM OVERWHELMED!!! Thank you so much! Big big hug to you and Toti :-)